How Does a Gene Berg Shifter Work?

When replacement gear shifters are mentioned, top of the list is always a Gene Berg shifter.   These 4-speed shifters were originated and patented by Ken and Dean Lowry in 1969 then re-designed by Gene Berg in 1977.  These shifters are made in the USA by Gene Berg Enterprises.  Simply put, these are the best quality, most precise shifters on the market.

They work by reducing the shift ‘throw’ by 40%, making gear changes a breeze and removing the ‘stirring soup’ effect that the standard shifter offers. 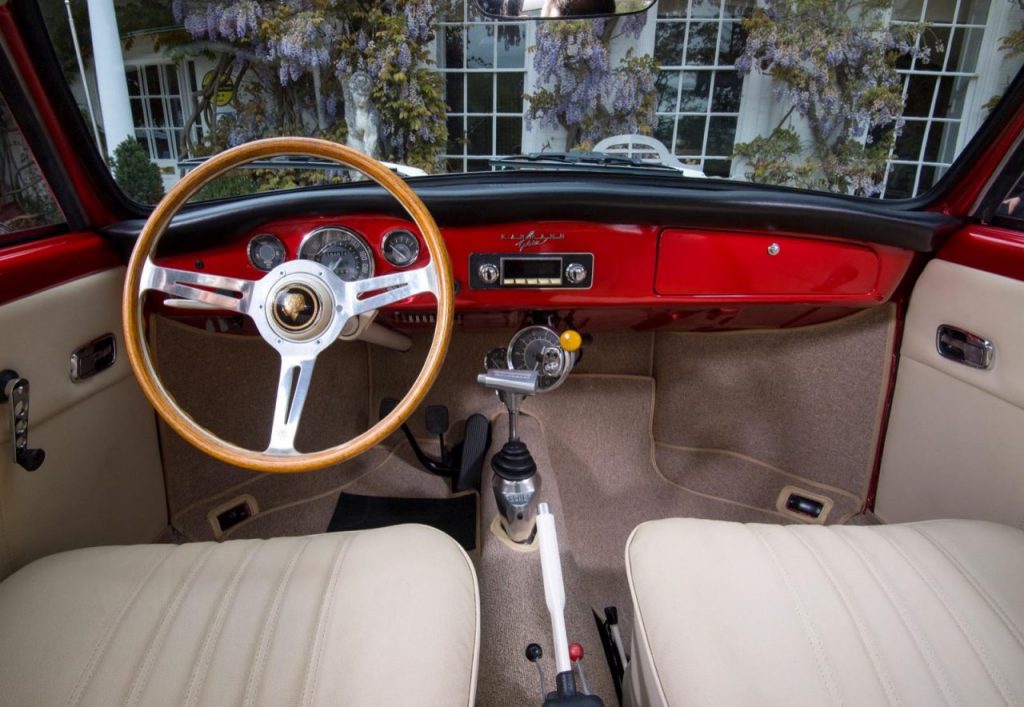 Check out our Gene Berg shifters for sale

A bit of history on Gene Berg

Gene began with his love for the Beetle in 1956 when he started hopping up and racing Vokswagens, and showed his support to VW events the world over.  Gene Berg struggled to find stock VW parts so everything that was needed had to either be fabricated from scratch, or modified from another part in order to work.

Gene Berg was married with 3 sons so he needed a reliable car, but also something that needed to be built for speed!  Some of Gene Berg’s friends spotted that his car was faster than theirs and asked him to work on their cars which he did from 1957 to 1961.   He then went on to work for Vokswagen and became service advisor in just 6 months.

In late 1962 Gene Berg opened his own Volkswagen shop in Renton, Washington called Gene’s Service where he repaired cars and made them faster.  By this time, his car of choice was a 1961 VW Beetle with a greatly modified Porsche engine.   Then discovered that he couldn’t afford Porsche parts so he looked into making the Volkswagen engine faster.  By 1963, he purchsed his all-VW powered race car.

Gene ran the car until he moved to California in 1969 to join the newly formed Deano (Lowry) Dyno Soar as a partner, but  things didn’t work out so 6 months later he moved on and opened Gene Berg Enterprises and began to focus on performance parts.