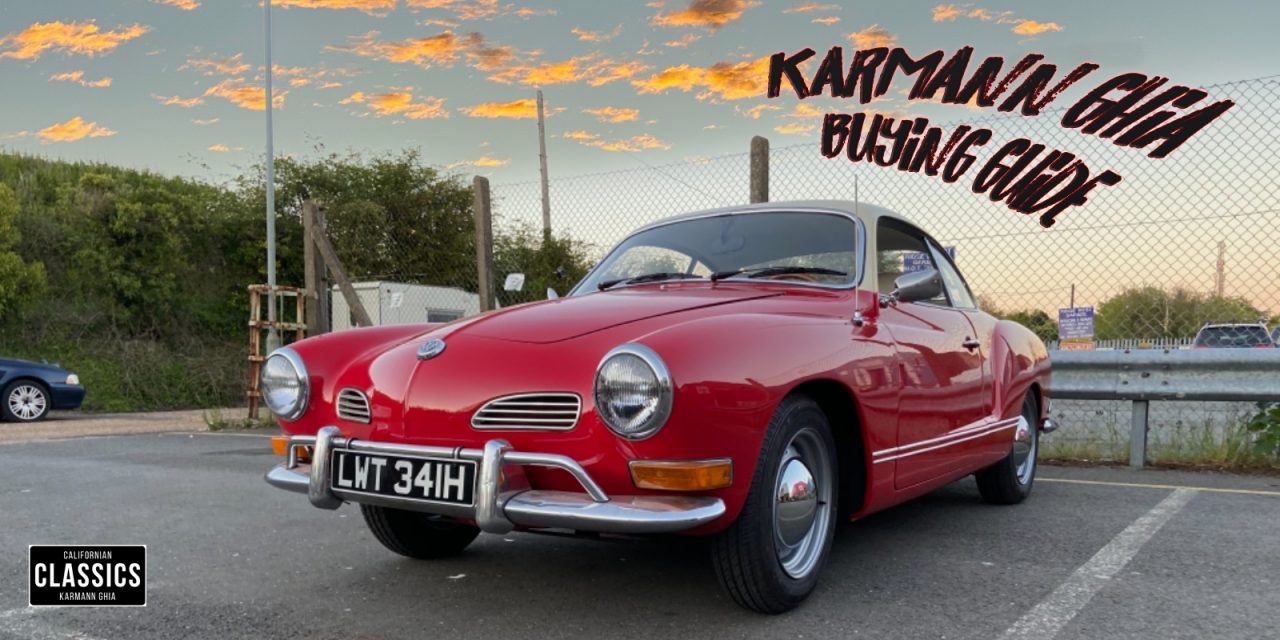 If someone says “Classic air cooled Volkswagen”, you’d probably be inclined to think about the Beetle first of all, and it’s understandable. The Beetle is iconic and has solidified a name for itself in pop culture. Think of Herbie or Bumblebee from the Transformers, for example. The Karmann Ghia didn’t fall overly very far from the tree either, and there’s no mistaking the beauty of this car. Its Italian design, smooth curves and hardly discernible seams; its design is instantly recognisable to anyone who knows it, and stunning to those who don’t.

A brief history of the Karmann Ghia

Marrying Italian styling with German Engineering was always going to be an inevitable match made in heaven, and that much holds true with the Karmann Ghia too. It’s got all the reliability of being an air-cooled Volkswagen, paired with the aesthetic value of Italian design. And it works.

In the 50s, German coachbuilder Wilhelm Karmann was keeping himself busy with the rising popularity of the Volkswagen Beetle, having been directly involved with it; later on, Karmann approached VW with an idea for a car that had been developed with Italian design firm, Ghia. It was originally proposed as a sports car – something to appeal to the Americans stationed in Europe at the time, and something that they could take home with them. And this was during a time where the economy was making a steady recovery after the second world war; people could then start thinking about investing in luxury.

Production was given the green-light and began in 1955. The body shells were originally built on a slightly widened version of the VW Beetle’s floorpan, alongside its mechanical parts.

The Karmann Ghia was offered only as a coupe at first. A smooth-curved shell with hardly any identifiable seams; the body was coach built, and the edges of the panels were welded flush against one another, and then lead-loaded to ensure the smooth and curved shape of it. In 1957, a convertible model was introduced.

The first rendition of the Karmann Ghia, affectionately known as the ‘Low Light’, can be identified by its smaller vents, smaller lights, and rounded top front wings. It’s all in its name – Low Light – as its lights are lower to the ground than future models would come to be.

They were originally only built in left-hand drive. A third party specialist did manage to convert them to RHD for UK drivers.

In mid-59, the vents doubled in size, and the lights were inched upwards a tad. This happened again in 1972, to comply with US road safety recommendations at that time. This was also the case with the bumpers which got chunkier throughout the years.

Production of the Karmann Ghia ended in 1972 when Volkswagen turned its attention to the Scirocco Mk 1.

What should you look for when buying a VW Karmann Ghia?

It’s no secret that the Karmann Ghia is known for its tendency to rust. This can be exemplified depending on the climate it comes from.

It takes a fair amount of confidence, pre-conceived knowledge and patience to source a car, more so when the only material you have to go by is pictures online. We will always be happy to source a Karmann Ghia for sale for you, but there are certain things to look out for when it comes to making that decision for yourself. 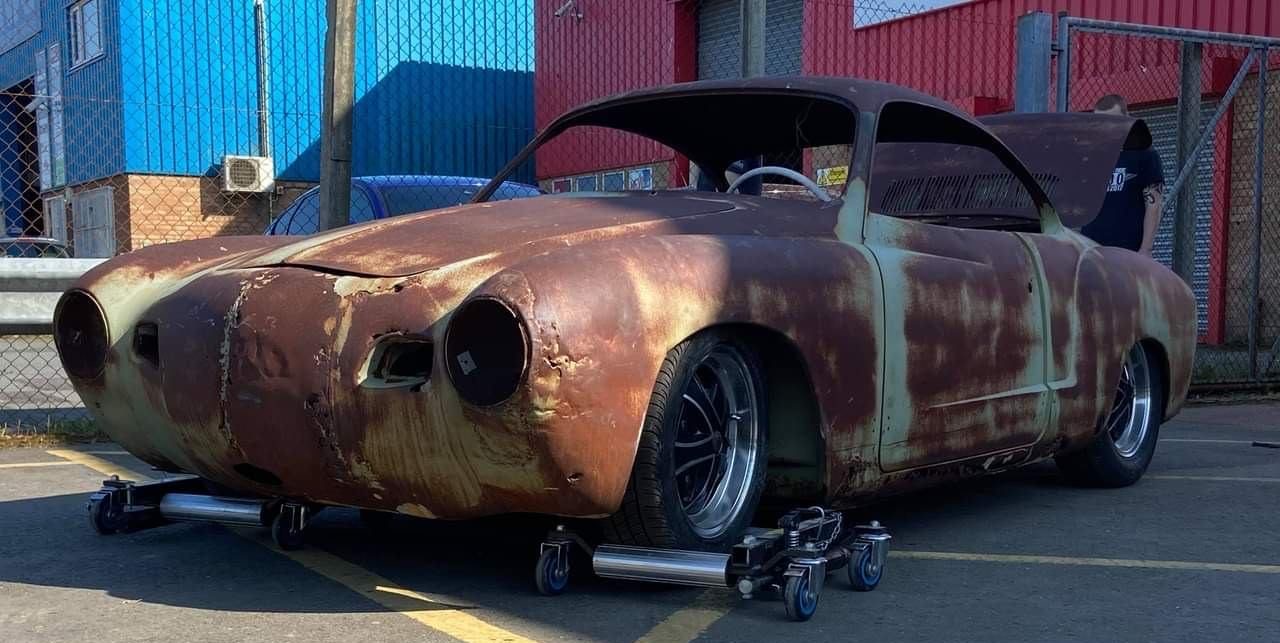 It’s always a good idea to look out for rust, accidental damage and poor previous repairs on the body, but even more so to look where rust is located.

If possible, the whole body should be carefully inspected, from front to back and top to bottom. Look at the doors and panel gaps to the wings and sills. Ensure that the sill recesses are visible. And check that the torsion tube covers are in place and are not filled over.

Then, look at the inside and outside of the sills, as well as underneath; for the cabriolet, between the heater channel and outer sill. It is important to check the sill panels of a convertible; the strengthening beams run through to provide the car with its structural integrity. Inner/outer sill replacement can cost around £300 in parts alone. And if you don’t have the necessary expertise, then it is definitely worth consulting a professional for advice.

Importantly, check that the chassis is not welded to the floor; and if you can, check the rear decklid, the spare wheel well, and thoroughly check around the battery for signs of rust and corrosion from leakages.

Do be sure to inspect the nose cone; this is a rather prominent panel and is easily subject to bumps and damage. It isn’t impossible to repair, but would require a great deal of work.

As with many cars of this age, it is not uncommon to find that they have received prior restorations. And as with many prior restorations, it’s far too common to find that they have excessive amounts of filler to hide bad repairs. Though it’s not always easy to tell from photos alone, if you have the chance to see the car in person, a nifty way to tell is to use a magnet.

Generally, a rusty car is cheaper and easier to put right than a shoddy filler job. It is still best practice to take these precautions.

Usually, if the body is in good condition, then you’re already in a good position. The Ghia shares its mechanical parts with the Beetle, and said parts are easily sourced and are available reasonably priced.

One of the downfalls of VW engines is damage from overheating, usually caused by a slipping fan belt, a blocked oil cooler, or a faulty thermostat. It is advisable to look at the fan belt, and look for any signs of slipping or misalignment, as well as the condition and the tightness. It’s also quite common to find that carbs and manifolds may have been modified so be sure to be aware of that too.

It’s worth noting that it’s very dependent on the year model as each had different features. Post-67 type 14s had front disks. In 1969, the swing axles were replaced by IRS rear-suspension.

As well as this, check the tyres for unbalanced wear as this might indicate worn suspension.

Poor interior conditions should not deter you from buying a KG with a decent body and healthy engine. The materials are generally quite durable if the car hasn’t been subject to too much UV damage. This is more of a problem if the car is from a country with a warmer climate. Trim is widely available and costs considerably less than a complete body re-work.

The hood of a convertible should be inspected for damaged mechanisms, rot, shrinkages, splits, and tears. Though these are straightforward enough to replace, it’s important to make sure that a damaged hood hasn’t allowed water to rot the floor. Post-69 convertibles had heated fold-down windows, but pre-69 was just PVC, and so also should be inspected.

Check the wiring loom behind the dashboard – a bad sign would be visible tape joins and lots of connectors (home wiring). Many electrical problems are caused by corrosion or rust in the body.

If you’re not incredibly confident about what to look out for, buying a project Karmann Ghia online can carry some risks. Photos can be doctored, or crucial elements of wear and tear can be completely missed out.

The older the model, the rarer the parts are, so be sure not to get tripped up by those individual parts that might end up costing you more down the line. As well as this, Type 14 Karmann Ghias between the years of 60 and 67 had a lot of tailored parts for their respective year models. These years are worth buying as complete as possible if you’re unsure.

However, Californian Classics will happily source a Karmann Ghia for sale for those who are looking to buy, based on specifications and budget, and take out that hard work for you. We have decades of expertise, so you can rest assured that what you see is what you will get.

The value of the Karmann Ghia has increased rather exponentially in recent years. It follows the surge in popularity of vehicles such as the Beetle and the Camper. But it is still yet to peak. This means that if you want a Volkswagen Karmann Ghia, now is a great time to invest. 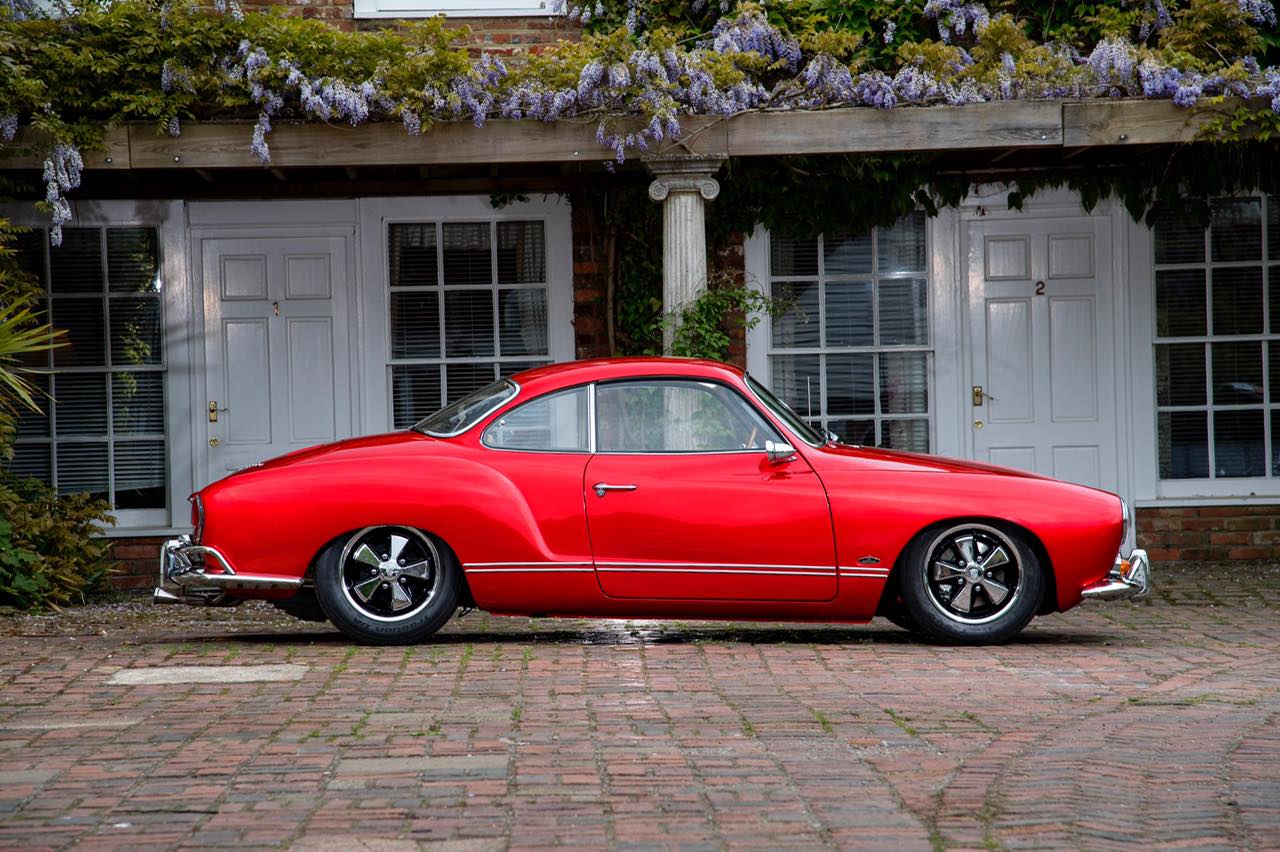